As Germany’s foreign broadcaster, Deutsche Welle (DW) independently conveys a journalistically comprehensive picture of Germany and presents global events and developments from a European perspective. Every week it reaches a total of about 162 million people worldwide in 30 languages.

In Germany, DW produces its programme content in Berlin and Bonn. Every day, over 200 hours of video material with the corresponding metadata are received here via various ingest channels. Since 2018, DW has been using the Media Asset Management System medialoopster at both editorial offices to manage HD video content flexibly and easily. medialoopster offers a modern HTML5 interface. Journalists therefore only need a web browser to browse the content and prepare it for video editing. If the video content at one location is not available in HiRes quality, it can be shared with the other location via medialoopster. 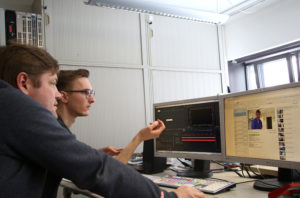 Faster due to integration into the editing system

Even more efficiency through integrated workflows

The medialoopster REST-API is also used for the interaction between medialoopster and the OpenMedia editorial system. A separate middleware was created to transfer the metadata to OpenMedia in defined time intervals in a predefined XML schema. In the course of this data transfer, medialoopster’s own XML processor is used, which simplifies the import and export of metadata to and from medialoopster on the basis of an XSL transformation. 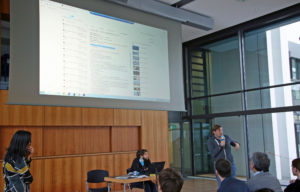 “medialoopster makes a significant contribution to standardizing and accelerating cross-location collaboration and production processes. Recurring work steps to make our content usable for social media channels, e.g. adaptation into several languages, have been greatly simplified. Once you understand the “medialoopster” principle, it’s easy to install and configure. This enables us to react quickly to new user requirements. nachtblau is the right partner and medialoopster is the right tool for this purpose”.